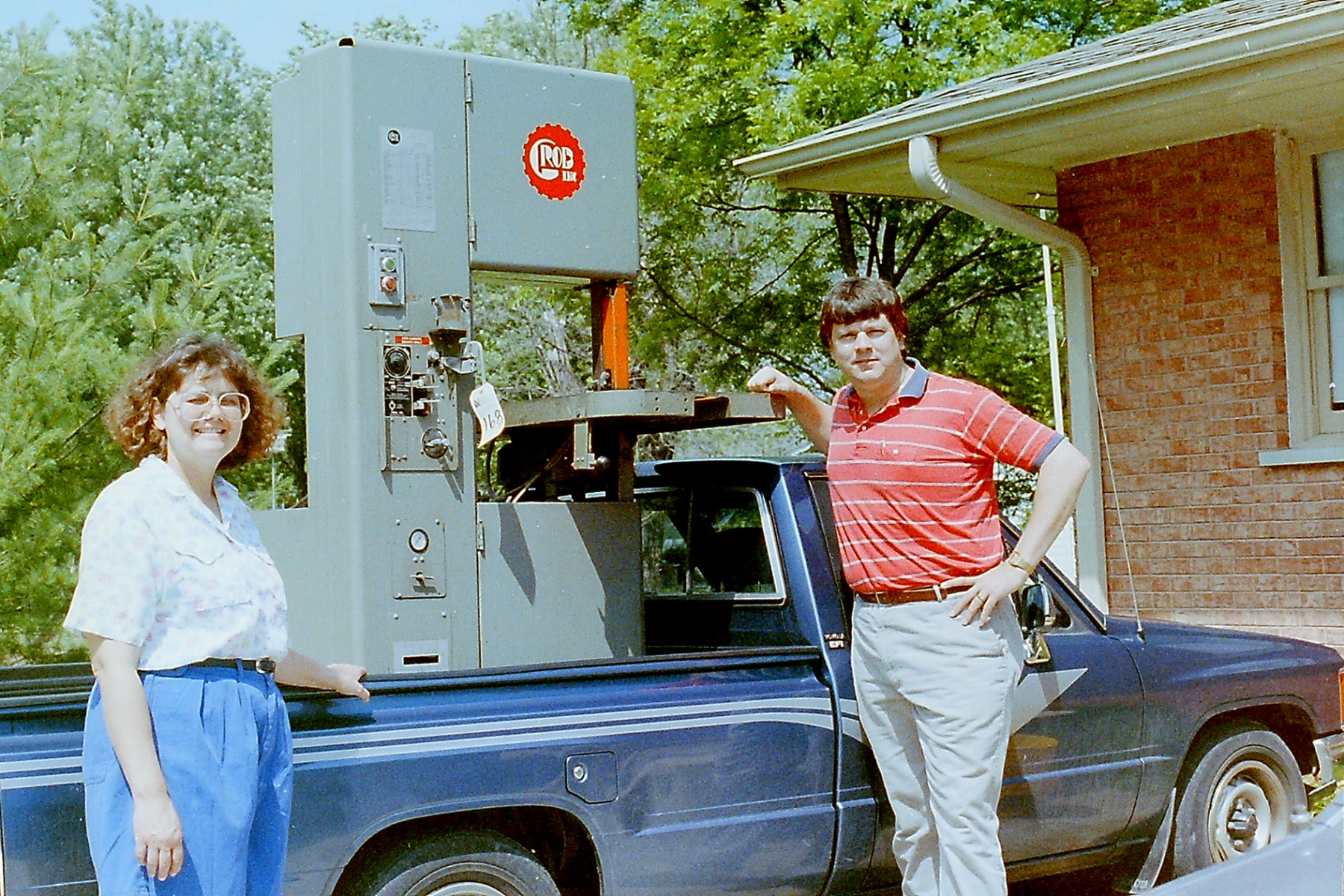 Judy and Bob Burns set out with a vision when they founded Patriot Machine in 1991 and they were fortunate to have diverse skill sets with Judy’s background in accounting and Bob’s in aerospace manufacturing. The husband and wife team set up shop in their home in Portage des Sioux, Missouri. Judy had her office in the breezeway and Bob arranged machines in their two-car garage. It was an eventful day when they brought home their first equipment (pictured here), a band saw and a Bridgeport. These pieces of equipment, along with a seat of CAD/CAM software, were a major investment at the time. As it happened, they had a nice return on investment. Patriot has since moved from the garage and now occupies a purpose-built state-of-the-art manufacturing facility. Judy and Bob are still very passionate about Patriot and investing in the future of the business. Interestingly enough, the band saw and Bridgeport are still functioning at Patriot today, along with several more recent investments in the latest manufacturing technology.

Our company’s passion and competencies in aerospace engineering and manufacturing derive from our city’s aviation lineage. We draw on the concentrated aerospace knowledge and experience from the St. Louis area that has evolved since McDonnell Aircraft was founded here in 1939, preceded by the Curtiss-Wright aerospace manufacturing facilities in this area.

In 1927, Charles Lindbergh made the first non-stop flight from New York to Paris, in a monoplane. This plane is known as the “Spirit of St. Louis”, named after the city whose small businesses financially supported Lindbergh’s aeronautical endeavor. David S. Kemp, grandfather of Patriot’s President Judy Burns, (pictured directly behind Lindbergh) was in the National Guard and had the honor to serve in Captain Lindbergh’s squadron. 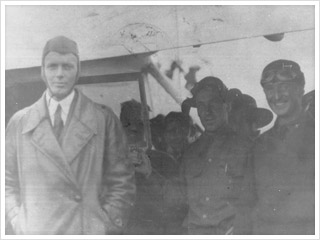